On Sunday 23rd June, the club launched its new Swift Explore coxed quad. This is a match to the coxed quad launched in 2016 (that one is named Heather, after Heather Parry who with Alex Sapple has driven the Learn to Row programme for the last few years). The new boat was named Alex, in recognition of all the hard work that he has done, bringing many new members into the club, through his work on the Learn to Row.

Twenty five members saw the President, Neil Meadows, perform the ceremony alongside the President Emeritus, Peter Duff, whilst the boat was rowed by an inaugural crew of John O’Neill, Jo Lyons, Liz Taylor and Paul Turner, coxed by Alex Sapple. The boat was bought with major donations from senior club members and ‘Golden Oldies’ and will be used both in the Learn to Row Programme but also in the North West Explore series.

The Explore series allows new rowers to compete against other clubs throughout the North West and Yorkshire in an informal and fun setting – it is advertised as ‘rowing with cakes!’ We hope that the new boat will encourage more people to try rowing at Vics and bring in new competitors from other clubs.
On the launch day we also had some visitors from Old Lyme Rowing Club in Connecticut. Barbara from Connecticut extended an invitation to Vics’ members to visit her club if they are in the USA. Another international link up for us! 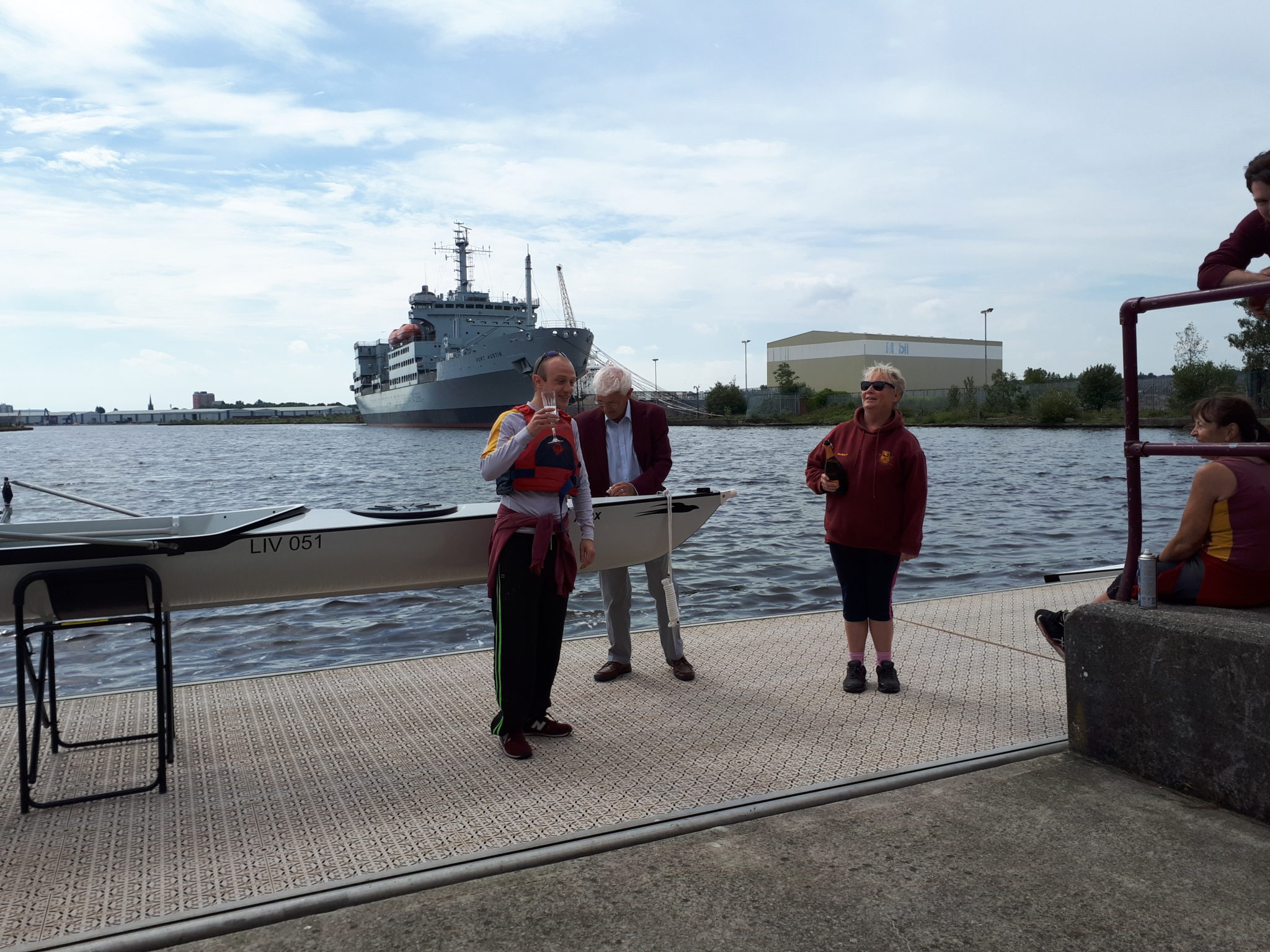 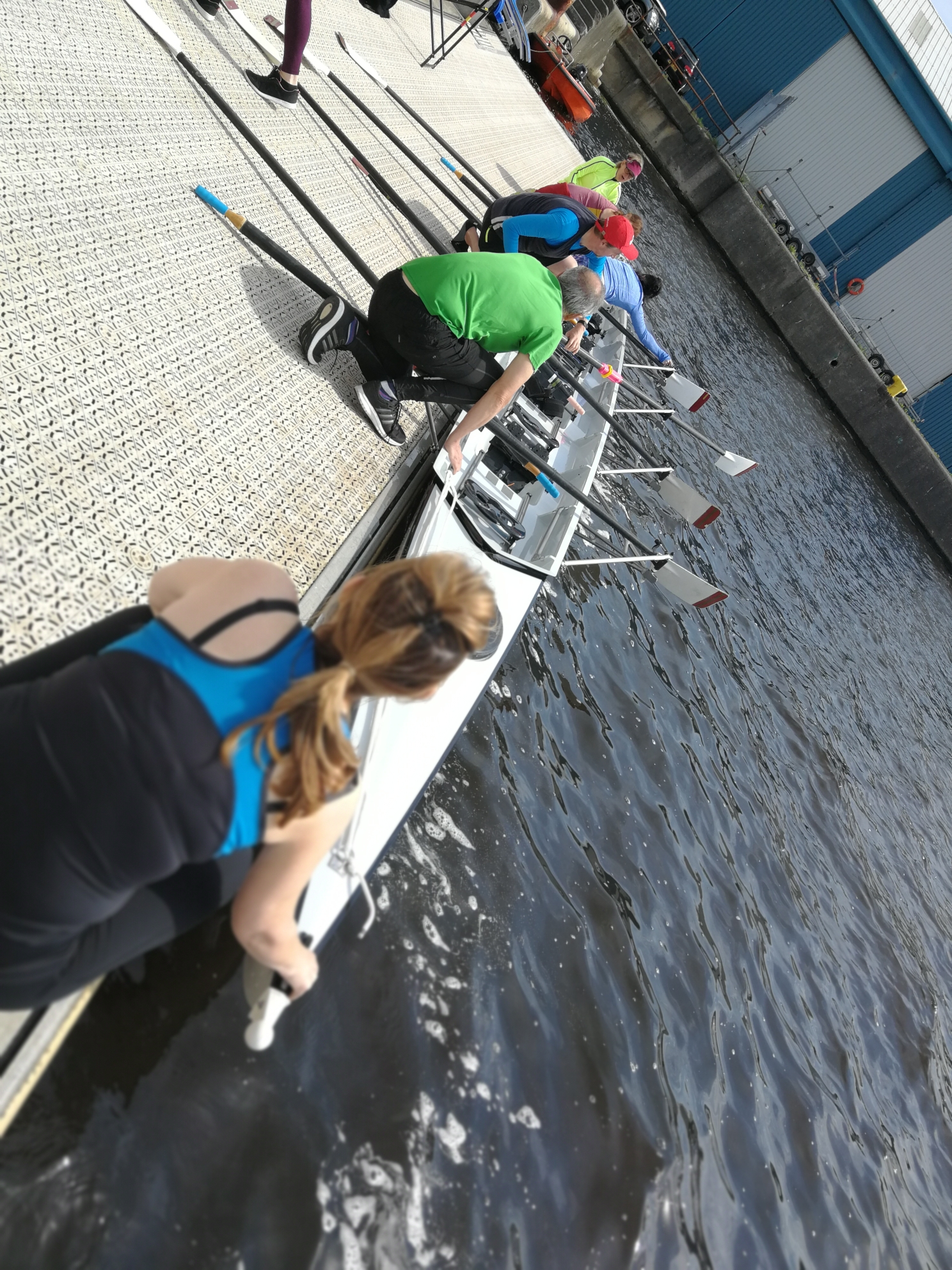 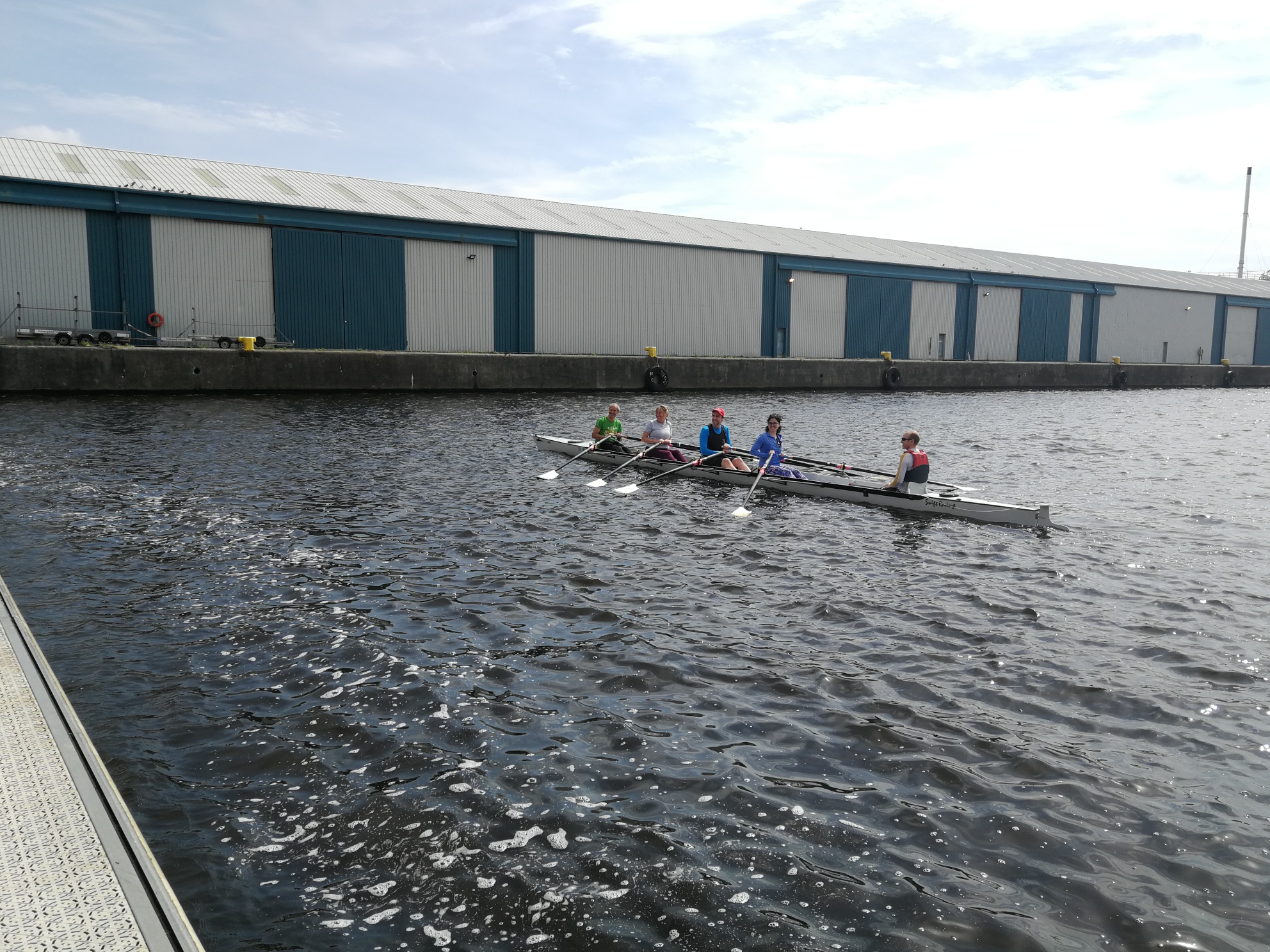 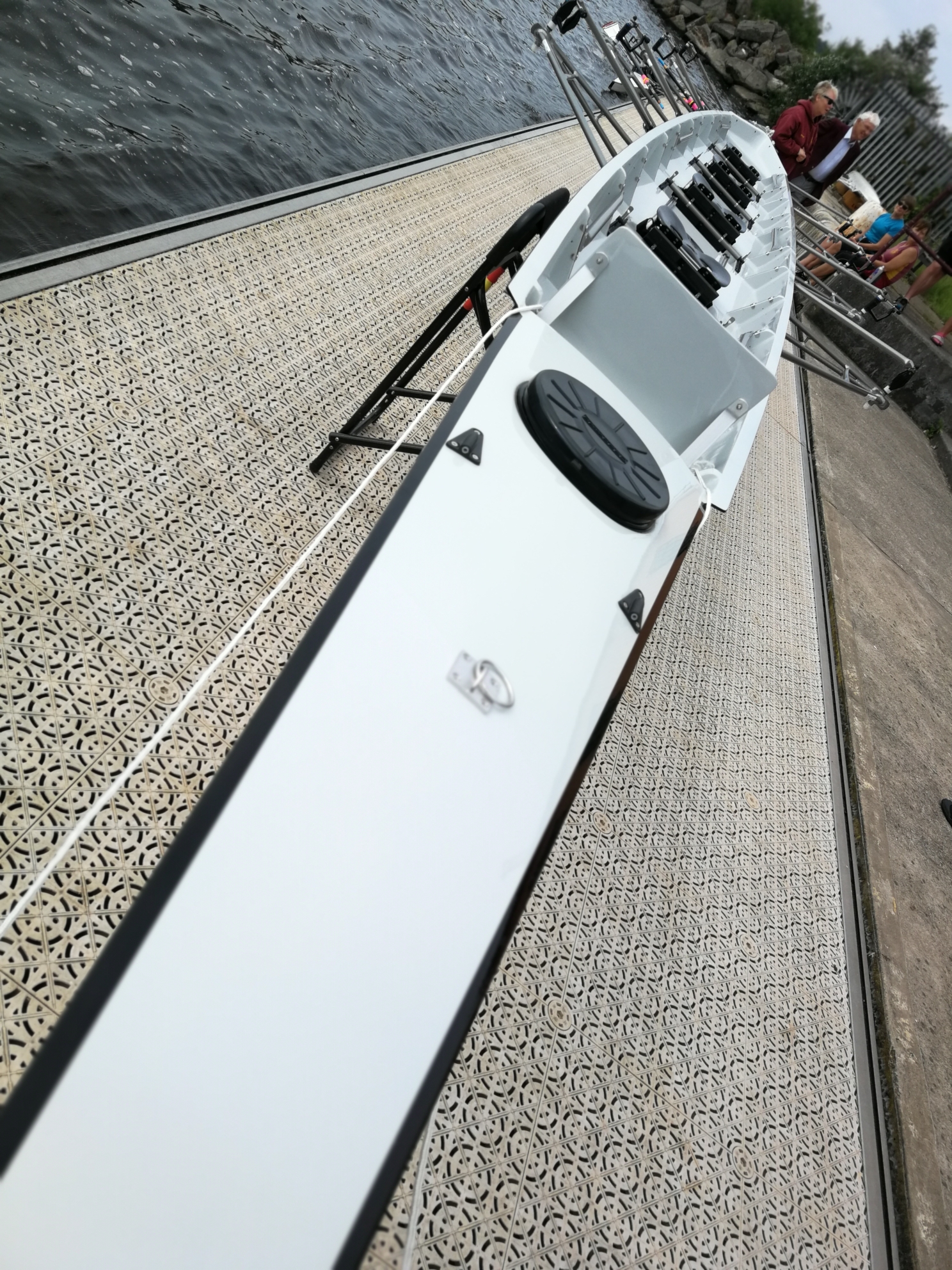 Working Together – a reminder