Impressive start to the Head Season at the Boston (Lincolnshire!) Marathon 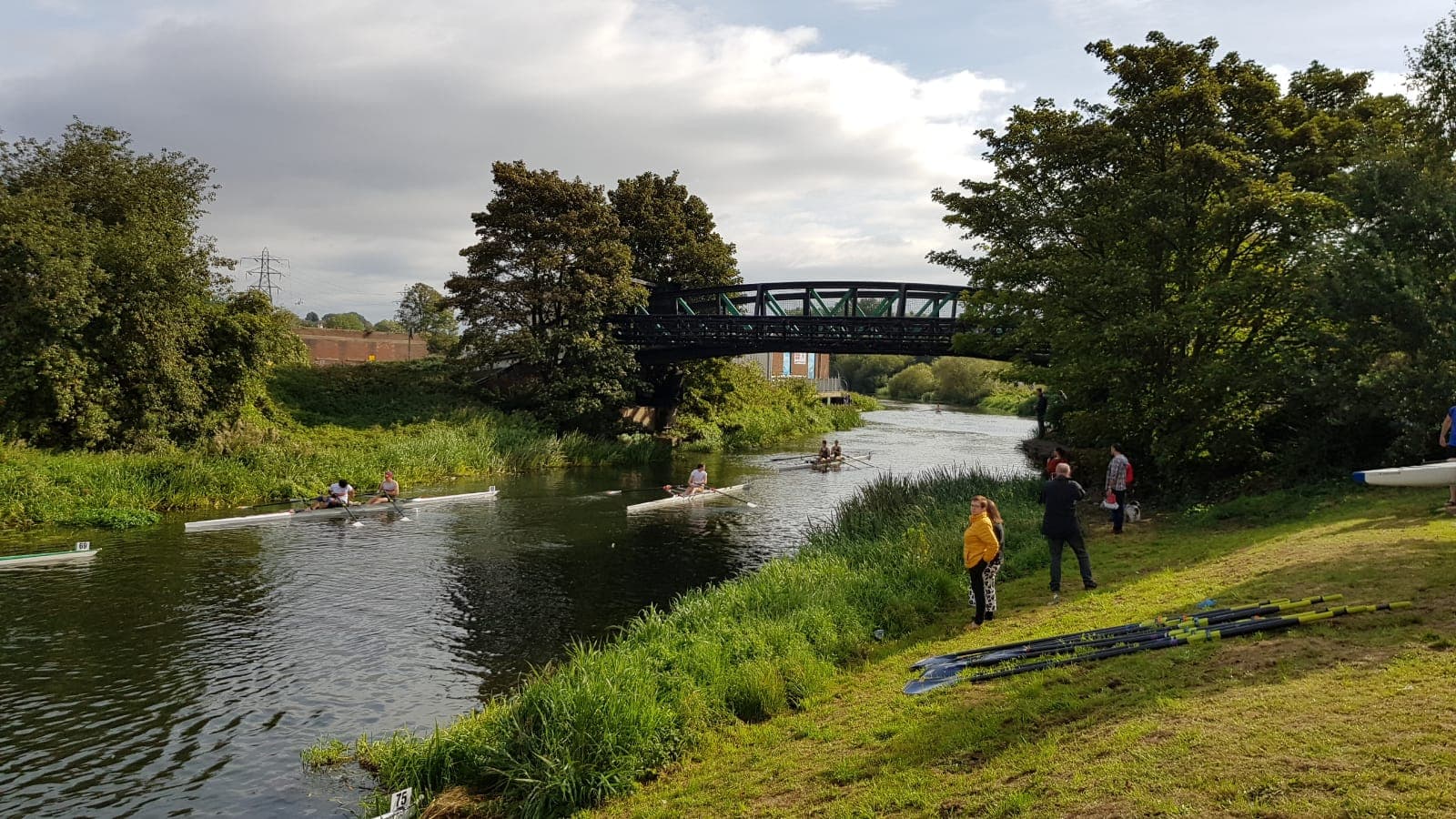 Liverpool Victoria participated in the longest rowing race of the season, Boston Rowing Marathon, on Sunday 15th September. Brigid Badger agreed to lend the use of her car for a day and Mike Vick agreed to tow at the last minute after all other attempts to tow or borrow boats had been unsuccessful. The club is grateful to them and the support crews of Kate Wilson, Vanessa Eddie, Nigel Crowe and several junior parents for enabling the club to attend the event after months of gruelling training from members of the club. The conditions of the course were better than recent years with only light winds and small amounts of weed on the river, giving all crews the ability to set some fast times.

Emily Bernhem and Flynn Jones secured a comfortable win for the club in the Mx J17 2x category with an impressive time of 4:24:51.4, nearly half an hour quicker than their opponents from Queen Elizabeth High School and also making them the quickest Vics crew on the day. The juniors also had a crew in the Mx J17 4x- category comprised of Grace, Freya, Claire and Finn who competed the course with a time of 4:47:12.5 and were the only entry in that category. Two great performances by the junior members of the club show that the hard work and extra training and coaching over the summer paid oﬀ.

There were two entries in singles by the senior members of the club, the quickest being Sam Crowe ﬁnishing second to Traﬀord Rowing Club with a time of 4:42:42.4 in the U23 1x category in his ﬁrst attempt at this unique race. Sam Fairbanks was close to securing victory with his time of 4:49:48.1 four mounts shy of beating his opposition from Worthing Rowing Club.
All crews deserve credit for having the courage to take part and dedication to train for this unique event on the rowing calendar. The overall winner of the event was a Mixed adult combination coxless quad which completed the course in 3:22:19.5, beating an open eight from Durham ARC.  There was also an open 1x from Doncaster that ﬁnished in a time of 3:40:06.6!

Vics get the flags out.

Vics Go The Distance Against the Best Clubs in the Region.

No Replies to "Impressive start to the Head Season at the Boston (Lincolnshire!) Marathon"