Vics Juniors Win a Pennant at Head of the Lune 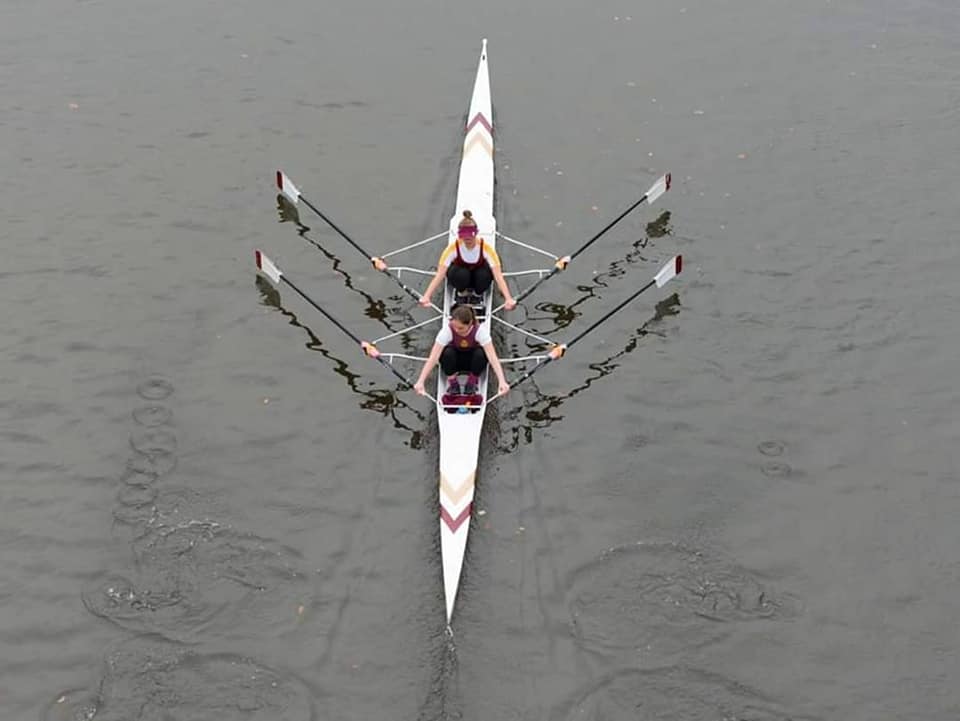 After the disappointment of the recent cancelations of both Dee Autumn Head and Northwich Autumn Head, Liverpool Victoria sent nine crews up to Lancaster to participate in Head of the Lune for their last race away from the docks in 2019. Flooding had caused most races around the country to be cancelled and the event had far more entries than expected, giving our crews plenty of competition to test themselves against. The river was higher than usual because of the large amount of rainfall that we have been lately and our crews had to boat by stepping in some cold water but it was well worth it as the river was safe to race unlike most across the country. The club is thankful to Brigid Badger for lending the club the use of her car and Mike Vick for towing a little further than club is used to travelling in the winter.

The adults posted some good times over the 2500m course with Mike Vick winning the Op MasG 1x and Paul Gould putting in his best performance in a single scull so far in the Op MasD 1x. Both of the women’s doubles also put in decent performances in their ﬁrst head races rowing in their doubles and showed good potential. The Mixed 8+ suﬀered some diﬃculties on the day with a footplate going missing during the journey but put in a faster time than some of the men’s eights but came up against a very good Lancaster John O’Gaunt crew. We are very thankful for the help that we received from Bradford Amateur Rowing Club for letting us borrow their boat and Lancaster John O’Gaunt Rowing Club for all of their help. 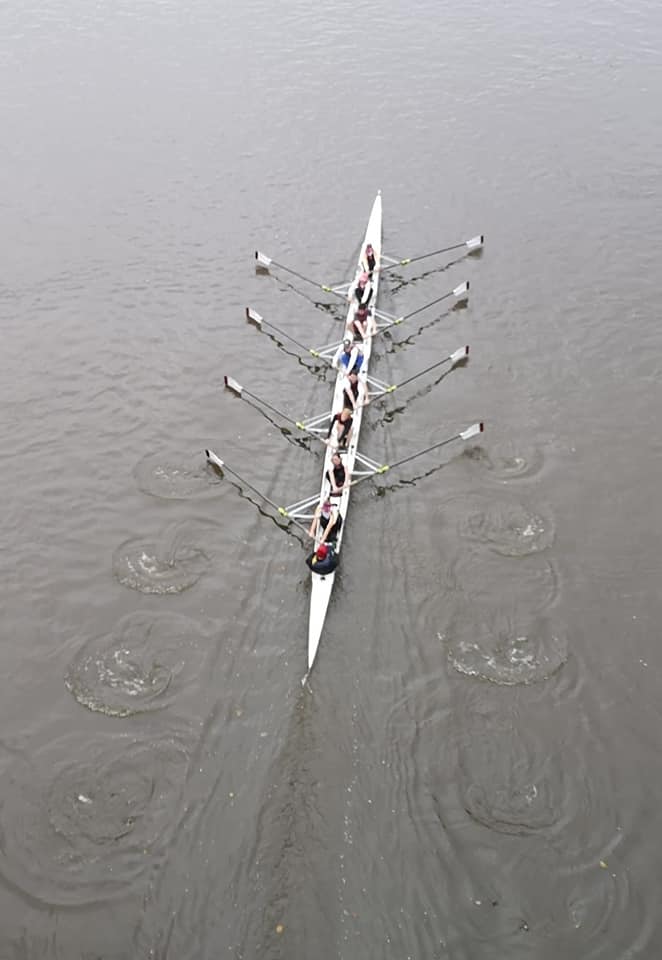 Only one junior crew ended up racing on the day, Emily and Grace in the W J16 2x, but gave an amazing performance that resulted in them winning a pennant as well as a medal. They won despite being promoted to the W J17 category as the organisers had to start merging events and should be very proud of their achievement.
This was the last race of the year for many crews, except for this racing at Head of the Float of course, and they should use this gap of a few months to build up extra ﬁtness on the ergs and technique on the water without the pressure of an upcoming race. This means that they will be in a good position to compete for more wins at head races once they start again in February

Wins for the Vics at Agecroft

LVRC Christmas Party (and Head of the Float)