Promising Start to the Year at Northwich

After the disappointment of Northwich Autumn Head being cancelled in November, Liverpool Victoria got the chance to row on the course on the 26th January after the event was rescheduled. The weather was not particularly kind again with crews having to deal with strong winds in Division 1 and waiting in the cold rain for Division 2 but it did not stop the crews from enjoying themselves and putting in a good performance. The club is thankful to Malcolm Green for kindly agreeing to tow to this event and Northwich Rowing Club for their help after a rudder broke. 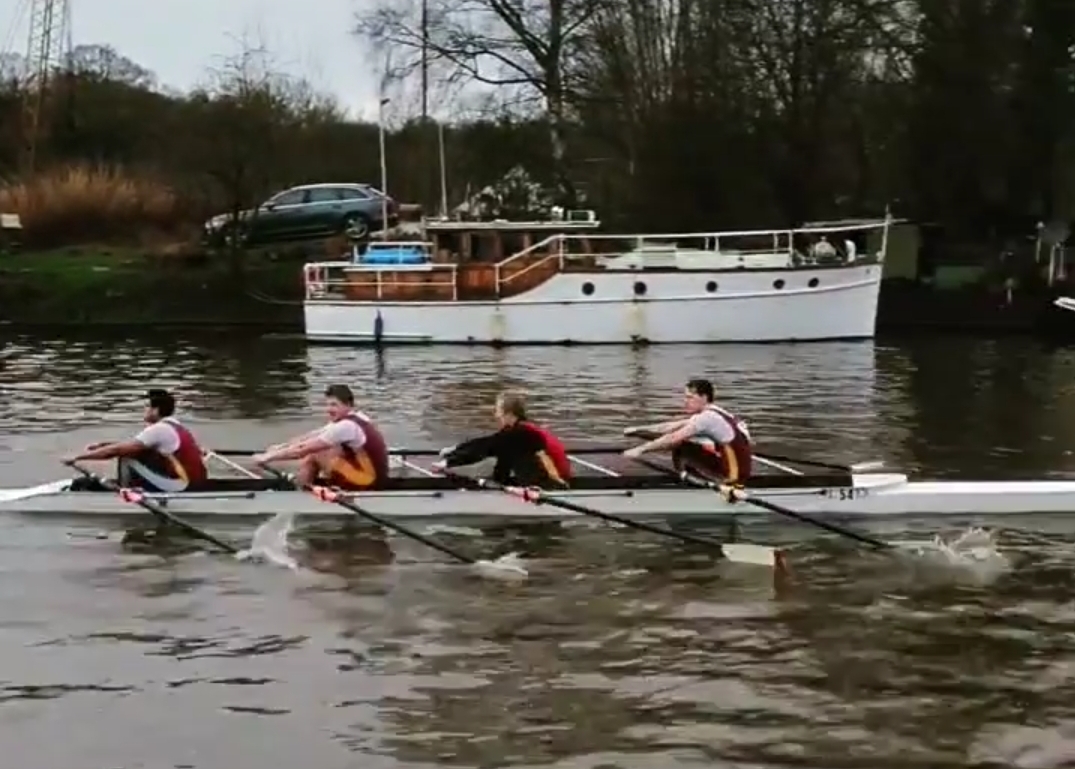 The shorter daylight hours meant that there was no singles division and so there was only six entries from the club but the crews had a month after the Christmas period to prepare for the event and it showed in the results. There were no wins from the adults but the men’s four were just 3 seconds slower than winning crew from The University of Chester in the Op 4+ (Band 2).

The women’s quad also finished a brilliant third place behind some good crews from Grosvenor RC and Royal Chester RC and were ahead of most of the field and the men’s quad had a solid first race as a crew. The men’s Masters D four and women’s Masters E eight also showed some good pace against quality opposition from Royal Chester RC and Pengwern BC.

There was only one junior entry as many of our athletes are studying for their mock A-Levels but Zahra and Emma managed to win the WJ16 2x (Band 2) against Runcorn RC and Merchant Taylors School BC. This crew has won both of the races that they have entered as a double this head season and hopefully have a promising season ahead.

The pace shown by our crews at this event had some promising signs for the quickly approaching regatta season.

No Replies to "Promising Start to the Year at Northwich"