Liverpool Victoria Rowing Club held their annual scratch Boxing Day Eights race on 2019 in windy and rainy conditions. It was looking as though the water might be too rough and an erg relay might have to take place but thankfully the dock water soon calmed enough to enable safe racing. The club would like to thank Paul Fegan, Martin Joynson and Nigel for volunteering their time to help run the event.

The team names this year were based on the recent political news with ‘Team Boris’ facing oﬀ against ‘Team Jeremy’ for the ultimate prize. It was a closely fought contest with the crews only separated by a second but the result of the election was repeated and ‘Team Boris’ claimed a victory. Congratulations to Hope Ball, Jacob, Sam Crowe, Kath O’Neill, John O’Neill, Becky Gould and Paul Gould on their win!

Drinks, crisps, cheese and biscuits were enjoyed afterwards as everyone planned to burn oﬀ the calories by training for and competing in the races at Northwich and Manchester Velodrome at the start of the year. 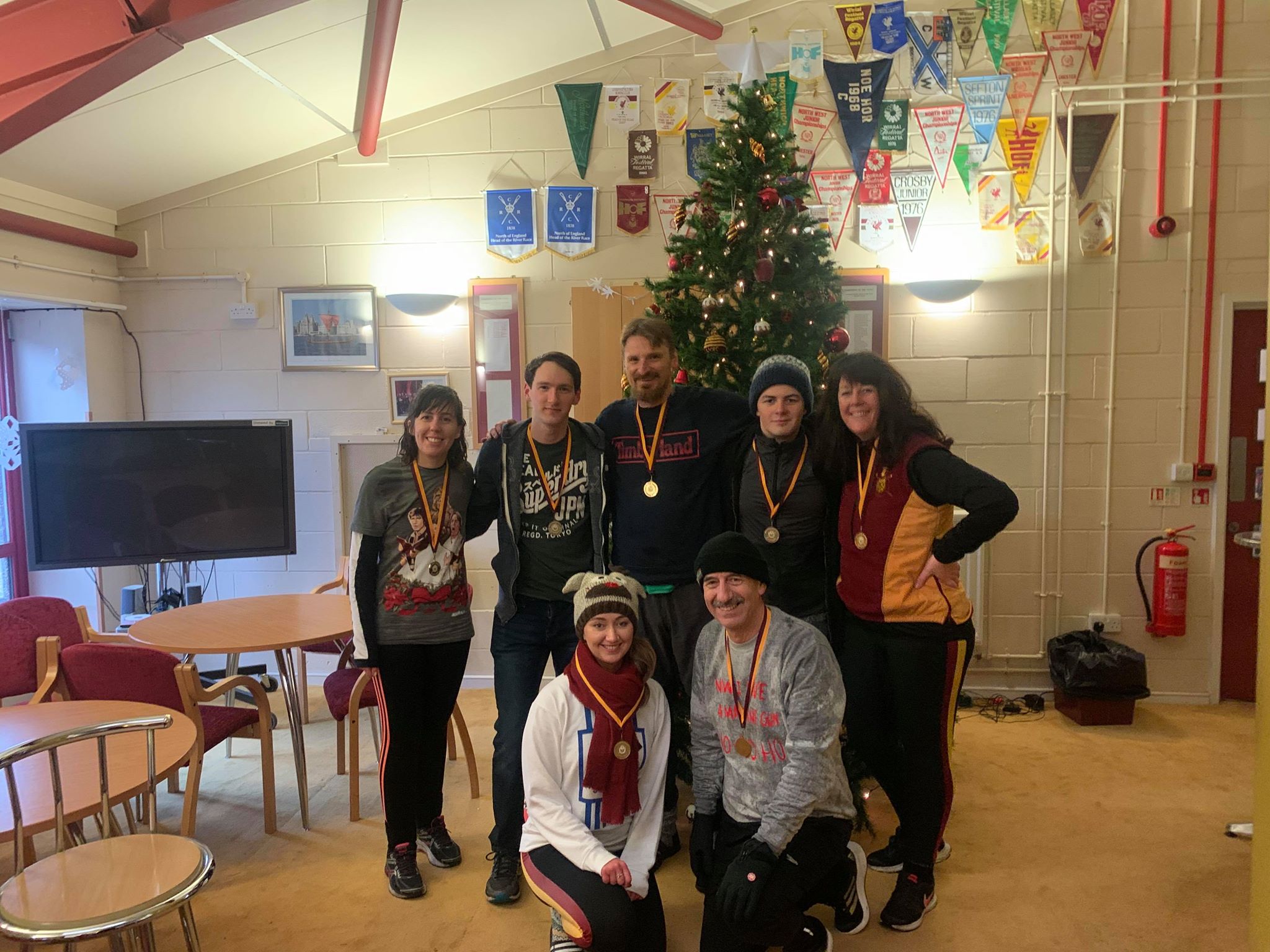 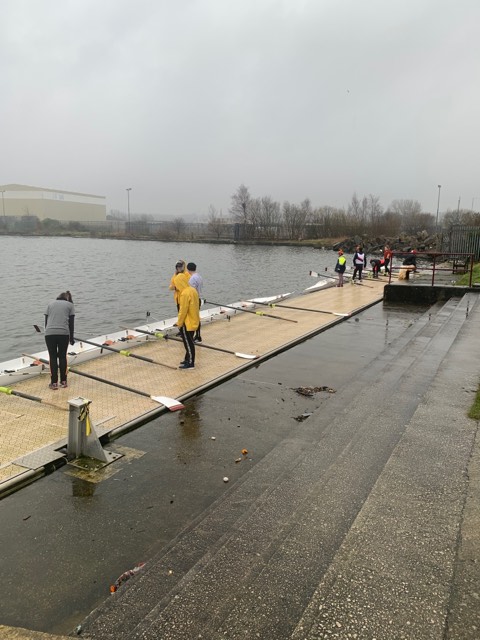 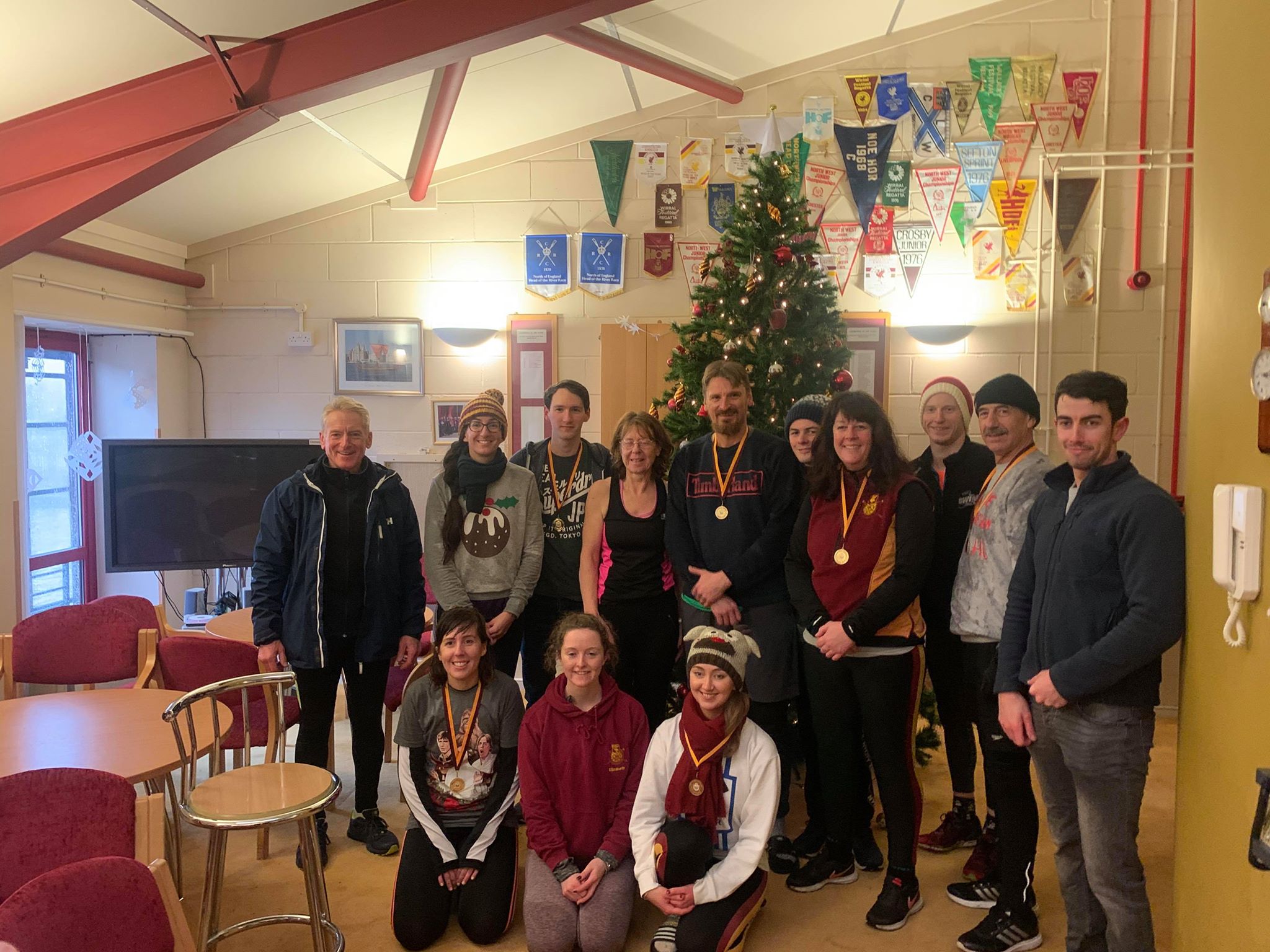 Promising Start to the Year at Northwich